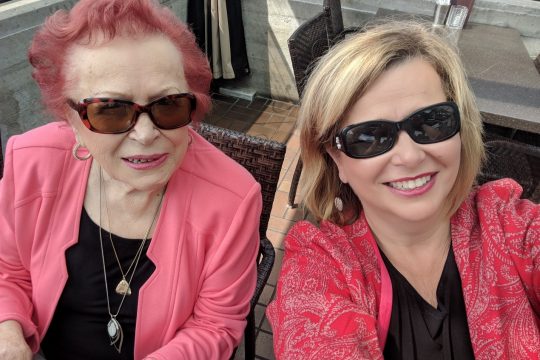 All Seniors Care asked some outstanding mothers for their thoughts on the celebration.

“She is a warrior,” says Bea Bohm-Meyer when describing her mother, Margo.

“She worked hard to design a life where my sister and I could thrive and be free and, most of all, find our own truth. She taught us strength and own our power as women. To do what we love and never back down,” continues Bea.

Dearly loved by Bea’s friends and the community, Margo is a powerhouse of a woman with a life story that is intertwined with Canada’s history.

A Warrior, a Queen, and a Mother 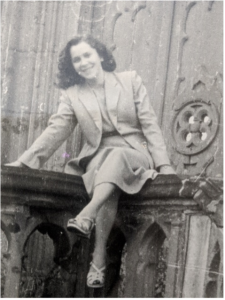 Born in Miskolc, Hungary, Margo new hardship early on. When she was 10 years old, Hungary was at war and, as a result, her mother died giving birth to her brother.

Her father was a distant but loving man. Realizing that his children needed a mother, he remarried 3 years later.

“She was a beautiful woman,” Margo says of her stepmother.

In her early 20s, Margo met and fell in love, “and I was so happy after that; things were hard, but I was happy.”

A government employee during the Hungarian Uprising of 1956, her beau decided leave Hungary.  Rather than be parted, he and Margo were secretly married in the back of a church before escaping life behind the Iron Curtain.

The nation-wide revolution against Soviet rule resulted in thousands of deaths and 200,000 Hungarians fleeing the country.

During their flight, she and Joe were caught by border guards and detained in a labour camp. Inconsolable, Margo cried all night until a young Hungarian soldier, captivated by Margo’s beauty, took pity on the couple, and helped them to escape. She and her husband made their way to Remini, Italy, where they took refuge in a convent as they awaited a ship that would take them to the free world.

After a 9-day journey during which Margo suffered greatly from what they assumed was seasickness, the couple landed in Canada. The refugees then made their way to Regina, Saskatchewan.   With $5 in their pocket and not a word of English, they discovered that Margot was pregnant with their first child.

Soon after arriving in the new world, they continued on to Edmonton, where Joe heard that the city needed a baker. So, he said that he was a baker.  Afterall, his father had run a pastry shop and bistro in Hungary, so he knew a bit about pastry, he reasoned.

“He was a Chartered Accountant,” laughs Margo, “he never baked a bread in his life!”The couple met an Austrian baker who knew a bit of Hungarian. Communicating in broken Hungarian and signs, he taught Joe how to make a baguette – literally overnight. The next day, they found a small shop space in an alley, bartered for equipment and rent, and started baking bread. 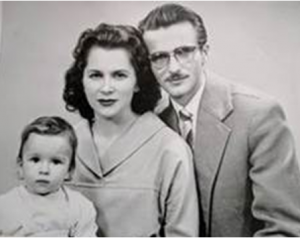 Despite horrible morning sickness, Margo worked by her husband’s side, scraping together a living, and learning English.  After years of struggle that included a bout of scarlet fever from which Margo miraculously recovered without giving it to her infant daughter, they moved their alley bakery to a storefront. Bohm Bakery became Café Budapest.

“My mom and dad were entrepreneurs.  They worked hard so my sister and I could prosper and create our own paths. They provided the best life.  My mom was strict, but I wouldn’t be the woman I am today without her,” reveals Bea, her voice full of emotion. 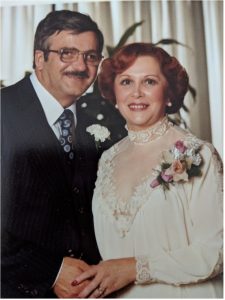 “I was strict,” says Margo, “My husband was always the easy one.  I pushed them because you have to work hard for things, and both of my daughters did very well. Bea was Miss Teen Edmonton (in 1982)!

The true matriarch of the family, Margo made sure that her daughters went to a French school.  “It was expensive, but I wanted them to know another language.  It was so hard coming to Canada and not knowing English. I wanted my kids to have a better chance”, she explains.

“She is the strongest person I know,” her daughter tells us. “She is tenacious, proud … and ridiculously elegant.”

There is no mistaking the bond between mother and daughter when Margo tells us, “I had a hard but full life. When I turned 85, everybody wished me a Happy Birthday and thanked me for raising a daughter who became such a beautiful person.”

Deciding to Move to a Retirement Residence 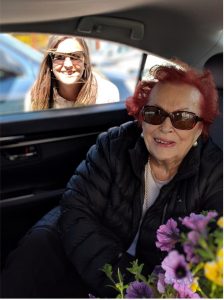 After losing her eldest daughter to ovarian cancer and her husband to dementia 7 years ago, it came time for the grandmother of 2 to move into a senior living home in Edmonton, someplace where she could indulge her inner social butterfly and access additional support.

“We’re so grateful to Lewis Estates,” says Bea.  “My mom was not doing well at home and we were worried about her. My husband and daughter took her for a tour. At the entranceway, a man in wheelchair asked her whether she was joining them for dinner.  My mom asked where she should sit, ‘On my lap!’ he said. Fifteen days later, she moved in. Because of that decision, she is alive today.”

If you ask Margo, the reason for loving retirement living is much simpler: “It’s like a 5-star hotel! We have a beautiful dining room – it’s like being in a cruise with its big windows.

And they always put on beautiful events.  Every little thing is decorated – it’s so beautiful.  Everybody should live at Lewis Estates.  It’s always wonderful.”

Mother’s Day at All Seniors Care

Seniors in our retirement residences across Canada will be regaled this Mother’s Day with a “Love You Forever” High Tea to rival that of the Queen Mother. Other activities include:

Mother’s Day is always a special day in an assisted living home. While the pandemic is changing the way Mother’s Day is celebrated, we thought outside the box and planned a celebration worthy of the strength and love that mothers radiate every day.

If you’re looking for independent living in Edmonton or Manitoba housing for seniors get in touch with us today!