The muffled clap-clap-clap of mittened hands cuts through the silence as veterans stream past cenotaphs at outdoor ceremonies across the country. It is a haunting sound not soon forgotten.

Originally called Armistice Day, Remembrance Day marks the day World War One ended, at 11am on the 11th day of the 11th month, in 1918.

But there are fewer veterans every year.

Why Do We Observe Remembrance Day?

For veterans like Mr. Seaward Higdon, the day is an opportunity for reflection.  “It’s easy to get wrapped up in the busyness of life and social media”, says Seaward in his charming Newfoundland brogue, “but we can never forget.’

An Air Force Captain who served in France, Alert, Halifax, BC, Montreal, and Ottawa for 26 years, Seaward did not see active service. However, he is deeply passionate about people and the need to observe Remembrance Day every year.

“We are in a safe place here at Beacon Heights, yet there are a lot of people out in the graveyard who didn’t have a chance to live, get older, and come into a home. So many young people went to war and didn’t come back … or came back disillusioned,” he explains.

“Seventeen-year-old kids went to war. Kids left school to go to war. Some died at 16!”

Seaward continues, “It’s important that we take a moment now and then to reflect on the freedoms and peace in our lives, and to remember the men and women who served and sacrificed for all we have today.”

1. The Sacrifices Canadians Made 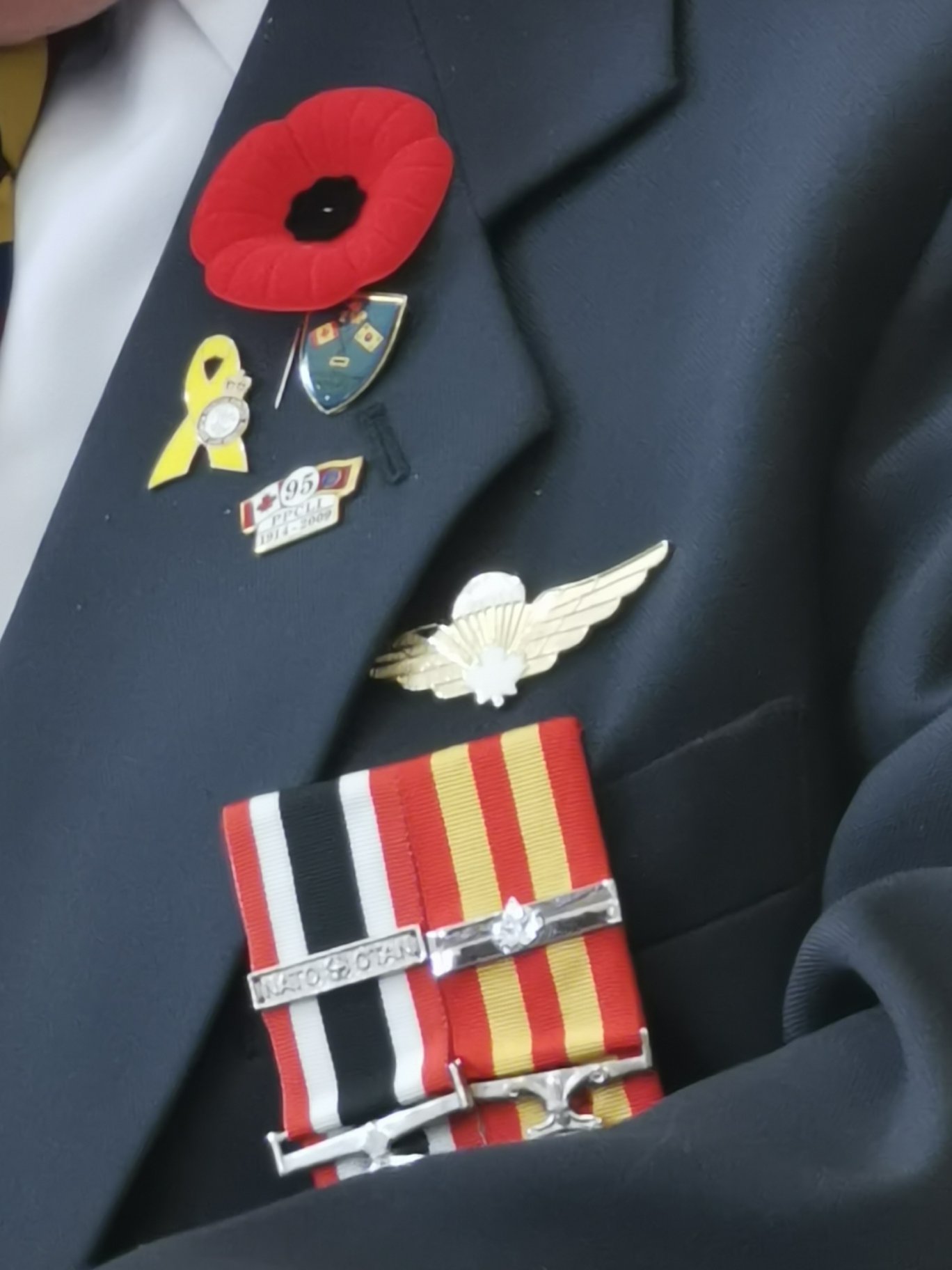 More than a million Canadian soldiers served in WW1 and WW2. The impact on their lives and that of their relatives was incalculable.

At home, food was sent overseas to help feed the soldiers who were stationed there. That meant there were shortages of certain staples, such as sugar, butter, and meat, and they had to be rationed so that each person received a fixed amount every week.

“On this one day a year we put together a special program for people who are not with us anymore, because they fought so that we have our freedom.  It’s a thank you to them all.  Those who fought and came home but were wounded for the rest of their lives. Or those who got on their feet again and went over back seas without thinking twice.”

“Acts of bravery can be forgotten, especially in war”, says Seaward. “By having a Remembrance Day – for everybody –  they’re not forgotten.”

From the corporal who saved the captain to the nurses who drove ambulances and treated soldiers with the roar of bombs overhead, regardless of rank, their acts are not forgotten. “That which is not known becomes known because we say thank you to everyone”, Seaward reminds us.

The relationship a veteran has with Remembrance Day can be complicated.

As we listen to the evocatively beautiful sound of the long-held mournful note of the Last Post, or hear the thundering sound of the fly-past tearing through the silence, many veterans remember their younger days.

It is a day for reminiscing, feeling comradery with those who also served, and for heartache.

“We recall that some people aren’t here because they went to Europe and died in Europe,” says Seaward.  Or they went elsewhere.  “They went to Japan, too or to the Far East. More recently to Afghanistan.”

Today, current members of the Canadian Armed Forces (CAF) continue to bring aid to areas in conflict, in addition to providing support during times of crisis at home, including essential supports during the COVID-19 pandemic. We must reflect every day.

How You Can Honour Veterans

At any given moment, there are many opportunities available to anyone wishing to show their appreciation for those who served, including: 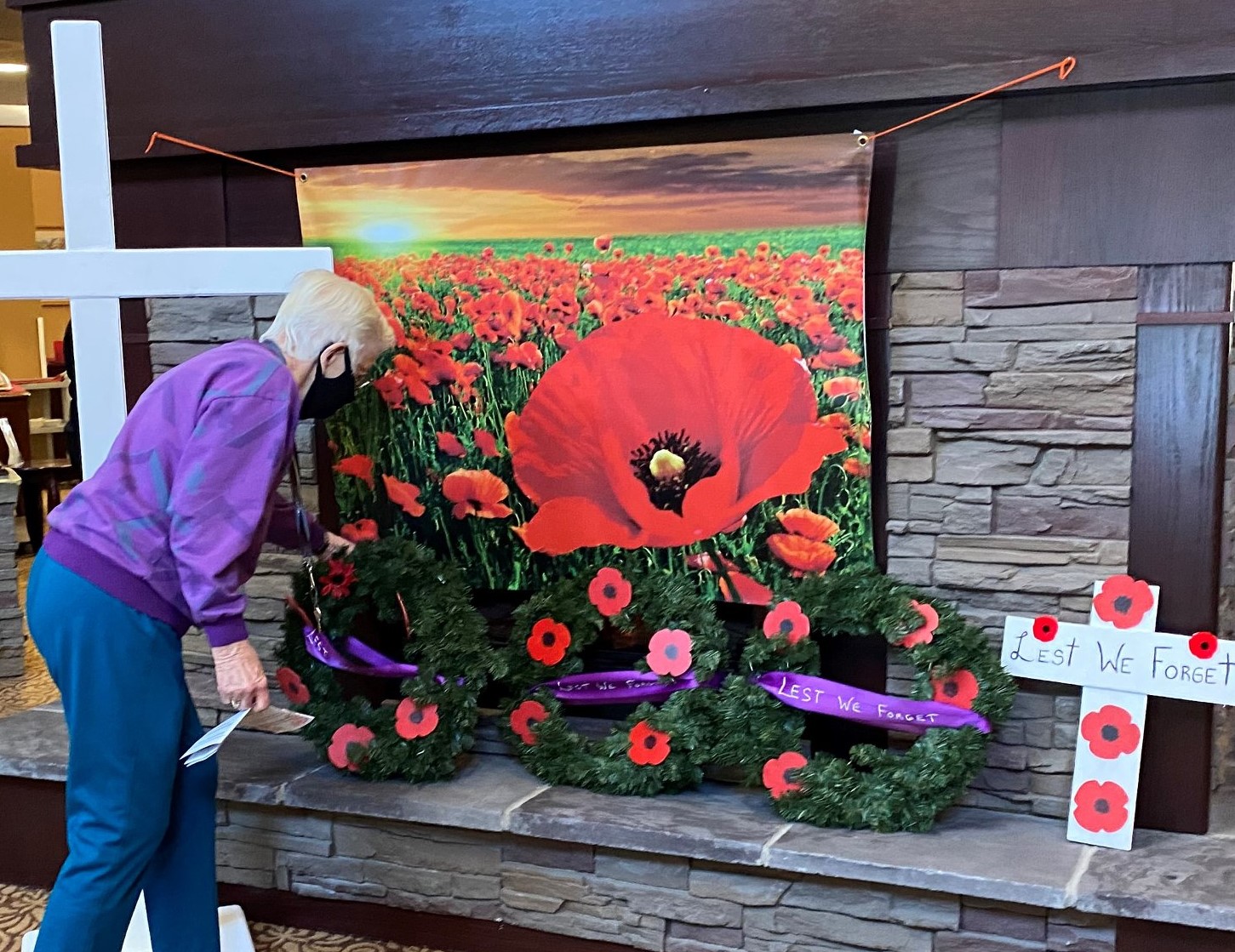 On Thursday, November 11th, retirement communities across Canada will observe a moment of silence to honour the courage, valour, and sacrifice of the heroes who have served – and continue to serve – Canada during times of war and conflict.

There will be remembrance services, music, and laying of wreaths.  Some of our resident veterans will read Remembrance Day poems in a show of their respect.  Every event will bear the unique and thoughtful touches of residents and staff. We are happy to share that some retirement communities will be hosting Facebook Live streaming of their events.

“They were young”, says Seaward, “we were young too. But they didn’t come back. We survived because of their sacrifice. So the reason to mark Remembrance Day?  If they would die in vain, we would never live it down. If we don’t honour them once a year, I can almost see their tears coming down the headstones.”

Julianna is a health and wellness expert at All Seniors Care. Her mission is to create content that empowers older adults to form sustainable solutions for lasting health and happiness. She is an experienced writer, editor, and Recreational Therapist living in Toronto.