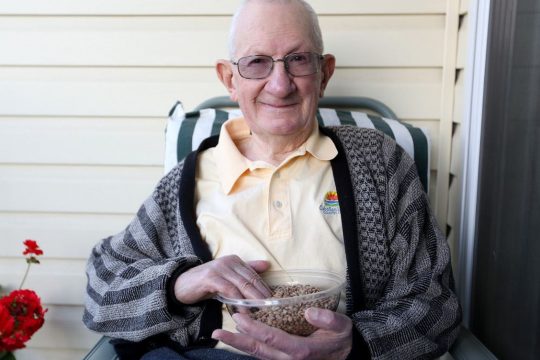 “I’m the luckiest guy in the world!”

A modest man with a dry sense of humour, Al Slinkard began working at the University of Saskatchewan’s newly created Crop Development Centre (CDC) on February 1, 1972. No one could have predicted just how big an impact his arrival would have on the world of agriculture.

The father, grandfather, and great-grandfather is the distinguished agrologist  who developed a powerful pulse called the Laird Lentil. The first lentil cultivar to be registered in Canada, Slinkard’s legacy is undeniable and his story inspirational. 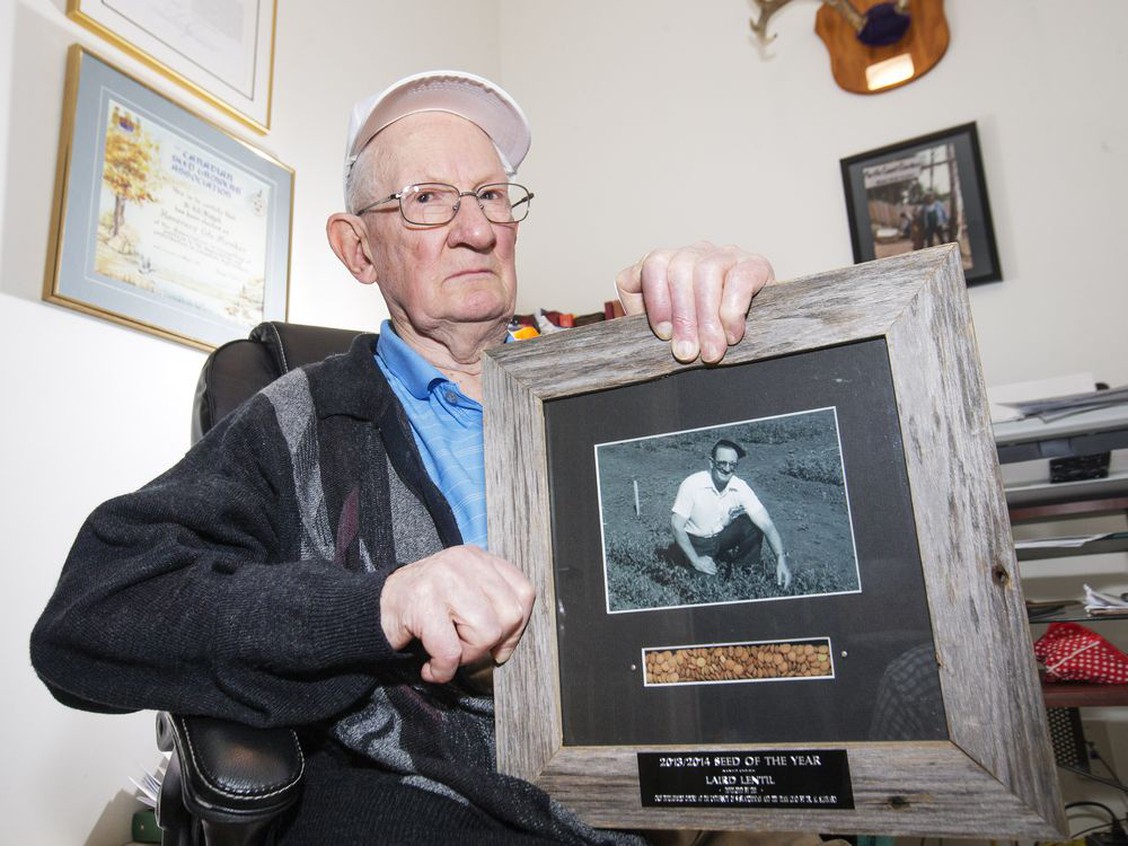 In 1931, a Great Depression was devastating the world. At a time when millions were left unemployed, hungry and often homeless, Slinkard was born near the Idaho/Washington border.

“My father was a subsistence farmer with a quarter section of very poor-quality land at the base of the mountain,” Slinkard says.  With the closest relatives a mile away, the family managed to survive the Dust Bowl Days by farming hay for animals – 2 dairy cows, some pigs, and a hundred chickens – and selling eggs or cream at a nearby town.

Attending a rural one-room school and graduating in a class of 12 from a local high school, Slinkard describes his childhood as “poor” but not without pleasures, such saving up a nickel so that he could buy and taste his first banana or “weeny”.

At 16 years old, Slinkard presented the 1947 grand champion pig at the International Junior Livestock Show in Spokane, WA – an achievement that set the tone for what was to come.

The Life-Changing Power of Mentors 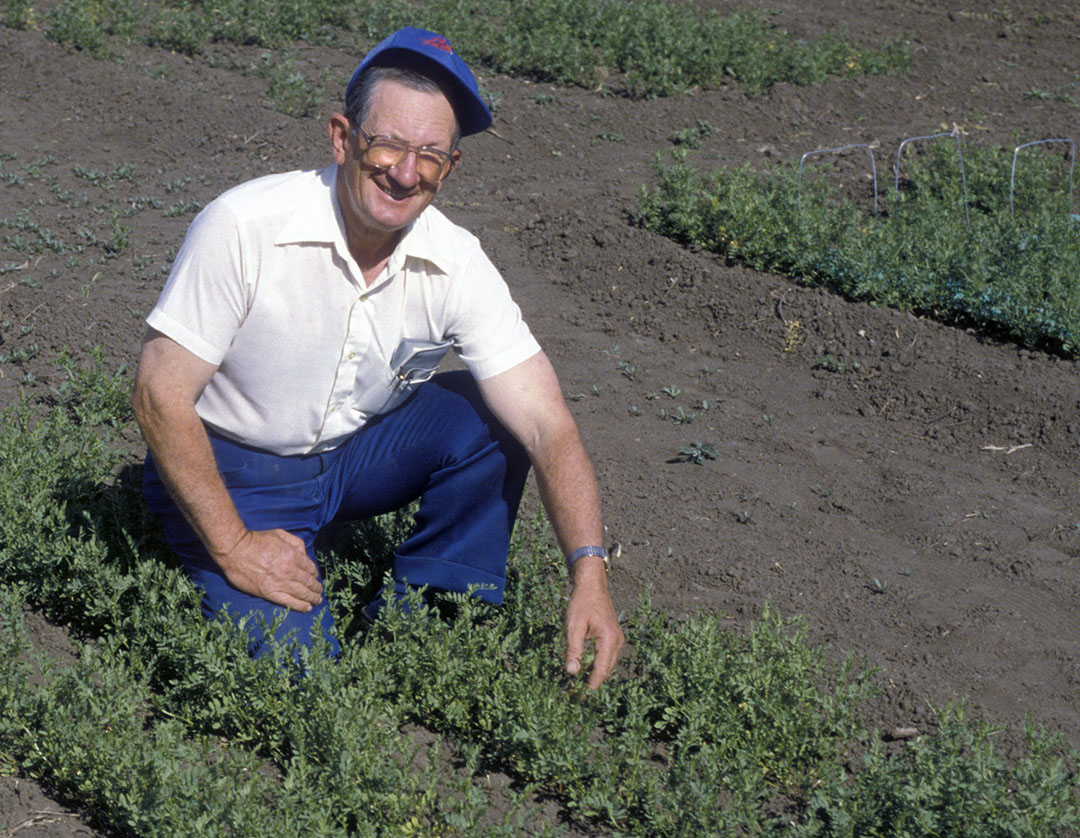 “One of the things that I’m thankful for,” says Slinkard, “is that I had 2 outstanding mentors in my career.  One was my high school vocational agriculture instructor.  He said, ‘You’ve got to go to university’. I didn’t even know what university was!  But he convinced me to apply and I got accepted to Washington State and off I went.”

Slinkard was not a model student.  He laughs as he confesses that he didn’t study much during his first year of university.

Going to university was a real contrast for a naïve young lad from the mountains.  During his first year, students were housed in surplus army barracks.  With 4 people crammed into a room that included 2 desks and 2 double bunks, it was a stressful time as Slinkard learned to adjust.

“Basically, I made sure that I went to class everyday.  I didn’t know how to study, but somehow passed all the classes. Mostly with Cs, but I passed.”

The following year, Slinkard met a professor who would become his second mentor.

“He made me start thinking about what I wanted to do.  So, after that I started studying and got really good grades and was able to get into graduate school.”

After completing his master’s degree, Al’s professor encouraged him to go somewhere else to complete his Ph.D.

“I can’t over-emphasize how critical that was at that particular time. He told me, ‘You need exposure to different philosophies and different researchers.’ I was interested in plant breeding, so I applied to 2 universities that were big in plant genetics and breeding.  I was surprised when I was offered a graduate fellowship by the University of Minnesota. This was a whole different level of competition at a bigger institution, with much smarter people. But I made it,” Slinkard muses.

“The think that surprises me is that I went to school with people were a lot stronger (academically) than I was.  I tried to make up for that difference by working a little harder and setting higher goals. Longer goals.  Bigger goals. I think it worked out,” Slinkard chuckles.

After completing his doctorate, Slinkard accepted a position at the University of Idaho because it was closer to his parent’s home. He spent the next 17 years as an inspirational teacher, and plant and grass breeder, “with winter peas on the side”.

Slinkard pauses. “Then an offer came from the University of Saskatchewan, and I said, well, why not! Everything I’ve done since then was done at the right time and the right way.” 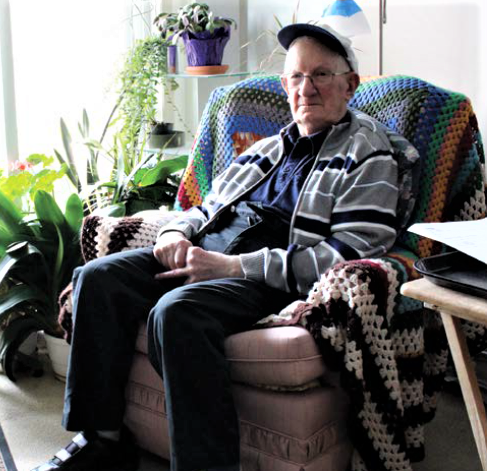 When Slinkard arrived in Saskatchewan, it was minus 48 Celsius.  “I had an old clunker and the doors wouldn’t shut right,” he recalls.

With a global wheat surplus had driven prices down and farmers were desperate for a new crop that would make them a profit. Armed with a three-year grant from Agriculture Canada, the researcher went to work on a solution.

In 1978, Slinkard registered his Laird Lentil, one of the most hallowed lentil varieties on the planet.

Slinkard, now 90, looks back fondly on his days at the CDC when he created the Laird lentil variety which took the pulse world by storm.  “By 1998 there was a million acres grown in western Canada.  That’s a very high adoption rate from zero in 1978 to a million acres 20 years later.  How does that sound – is it remarkable?”

Today, nearly all the country’s production comes from Saskatchewan, and Canada is the world’s top producer and exporter of lentils.

In 2003, Canada recognized Dr. Slinkard’s contribution when he was inducted into the Canadian Agricultural Hall of Fame.

“It was a very humbling. An even greater honor was being awarded an Honorary Membership in the Order of Canada in 2021. As a U.S. citizen, I never considered myself as being eligible,” Slinkard says.

Continuing the Journey After Retirement 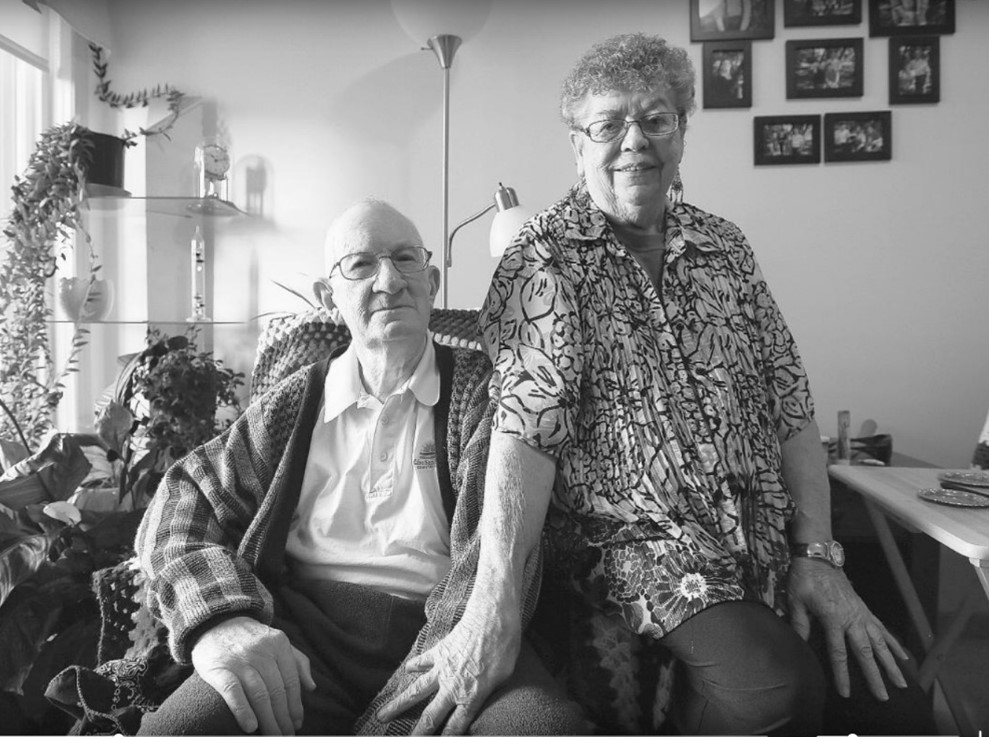 Dr. Slinkard is now retired and has lived with his wife Marie at Preston Park I Retirement Residence in Saskatoon for the past 8 years.

“Preston Park is a great place,” Slinkard says.  Happy that the residence “successfully evaded Covid-19,” he and his wife appreciate the food, the staff, and the services at the Saskatoon retirement community.

“We have different personalities – I’m an introvert and Marie’s an extrovert,” he confides. The diverse activity calendar means that they both find things they enjoy, from evening card games to social groups.

“My wife and I celebrated our 70th wedding anniversary in the fall.  Like I said, I’m the luckiest guy in the world!  A woman who would put up with me for 70s!”

Retirement residences are home to unique and interesting individuals, each with their own extraordinary stories. As seniors transition to retirement living, All Seniors Care helps residents embark upon new chapters in their ever-changing stories. Through our “Sharing Stories” campaign, All Seniors Care senior homes celebrates residents by focusing on their life stories.  To learn more about our care homes in Regina, retirement homes in Ottawa, or memory care in Hamilton, contact us today.

Julianna is a health and wellness expert at All Seniors Care. Her mission is to create content that empowers seniors to form sustainable solutions for lasting health and happiness. She is an experienced writer, editor, and Recreational Therapist living in Toronto.