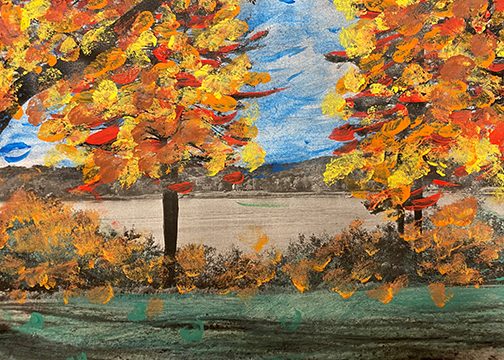 The Beaver Hall Group Event was held on Wednesday October 21, 2020.

The Beaver Hall Group (also known as the Beaver Hall Hill Group) was a group of artists (both male and female) who shared studio space at 305 Beaver Hall Hill in Montréal and exhibited together; A.Y. Jackson was the first president. The Group, which had no manifesto, came into being in 1920, and while there is some disagreement about how long the Group lasted, most scholars agree that it disbanded in 1922 due to financial problems. Edwin Holgate described the Beaver Hall Group as a loose association of artists who had similar ideas and little money.

All Seniors Care residents across Canada celebrated by learning about Canada’s unsung Modernists, creating artwork inspired by the Beaver Hall Group and sampling wine from the Quebec region. Residents also had the opportunity to enjoy great menu offerings such as sugar pie and Montreal smoked sandwiches.  The residences played jazz recordings and were decorated with bright colours recreating the ambience of the time. Please visit the art gallery online for all the wonderful creations:  ART GALLERY